How Does a Robot Works (EXPLAINED) 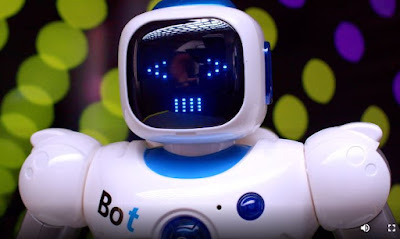 How Does a Robot Work

A robot is an amazing tool for creating, designing, programming, and testing. That is used in various fields ranging from construction to medicine to education. It is useful for all levels of experience.

Robots and automation have become a common part of life in many industries today. They have become so common that they are now a huge part of our daily lives. We interact with them regularly.

We use them to make our lives easier. Many of us depend on them in our day-to-day activities. The robot world continues to expand as robotics and technology improve.

What is a robot? A robot is an automated machine used to perform a variety of tasks. When humans create these machines, it's usually in an attempt to eliminate labor.

Robots are made to perform repetitive, mundane tasks but are great for businesses because they can do a large amount of work at once.

They can be programmed to do specific tasks and are very efficient. Robots can be controlled using software, making it easier for people to operate the machines and add new tasks.

Today, I will walk you through some of the basics of robotics in our industry.

A Simple Explanation of How Robots Work

A robot is a machine designed to perform a repetitive task systematically. Robots are the result of a technological revolution called the Industrial Revolution. Although they began in factories, robots are used in many industries today.

Here's an example: A factory may have a set number of workers who do a certain type of job, such as assembly.

It is a repetitive, monotonous process. But the factory would probably prefer to use a robot instead. Why? Because it can do the same thing faster and cheaper, using far less labor and resources.

So even if the worker is paid a fair wage, it's still a better business decision to use the robot.

Robots aren't just used to doing the same thing over and over again. Robots can be programmed to do a variety of different tasks. For example, a robot can go into a home, find the refrigerator and bring a milk bottle.

A robot can clean the floor, make dinner, or play a game with you. They can be programmed to help you with many different things.

Sometimes, using a robot to do a specific job is better than paying a human worker. Robots can't do some jobs. Humans can't do those jobs yet. However, they are getting smarter and more sophisticated all the time.

That's why it is important to stay current with technological developments. That's the only way to stay ahead of the competition.

The Evolution of Robotics

When the industrial revolution happened, many feared robots would take over the world. Many thought factory workers would have to compete for jobs with robots. They would be replaced by machines, which would cost less, but not pay as well as human workers.

However, history shows us that there's been a major change in the workplace. Today, robots are making almost 70% of all manufacturing jobs obsolete.

As technology continues to advance, we can expect the same thing to happen in the world of service industries, too.

Robots can be useful in manufacturing. The manufacturing industry has always been the biggest employer in the United States, accounting for about 10 million American jobs.

However, most jobs will disappear thanks to robotics and artificial intelligence advances. People can no longer afford to have expensive, highly skilled labor.

Robotics in the Workplace

What is the workplace of the future? Will it still consist of people working in cubicles, or will robots take over our jobs?

The good news is that it's not just a prediction. It's already happening. Automation will soon take over many of the jobs humans currently perform, and this trend will only grow.

A study by McKinsey predicts that up to 20 percent of U.S. jobs are at risk of being replaced by robots within the next two decades.

The study attempts to explain why many of us will eventually lose our jobs to automation. The reason why jobs are at risk is that there are some jobs that robots are very good at doing.

Robots are much better at performing repetitive tasks. They are also good at taking over mundane, routine jobs. In the next few years, robots will replace the jobs of dishwashers, cashiers, factory workers, and fast food workers. These jobs are not so complicated and don't require creativity.

The other reason many jobs are vulnerable to automation is that the skills required for these jobs are becoming obsolete.

Technology is advancing quickly, and the tools that help us make money are improving. Many jobs will be replaced by machines, which will become even more common when computers are as smart as people.

That's why it's important to learn new skills. You need to keep up with the times and be willing to change.

In conclusion, a robot has many parts, including sensors, artificial intelligence, a computing system, and actuators.

The sensors gather information through vision, touch, sound, smell, taste, and magnetism. Some robots can move around and manipulate objects using motors.

Other robots can pick items up, carry them, push them, turn them, and make them disappear.

Tags How do robots actually work, How Does a Robot Work, miso robotics, robot ai, robot for kids